Building a Home, the second book in Harrington Hills series, is now available on all the usual vendors! 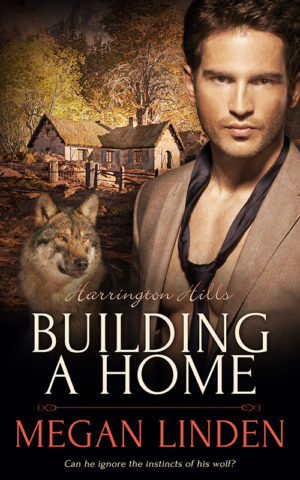 Dating a younger guy wasn’t anywhere in Zack’s plans,
but can he ignore the instincts of his wolf?

Zack Harrington noticed David Dewitt the day the guy showed up in Harrington Hills, but their first meeting was far from perfect. A few months later, Zack still can’t forget about him, and now that the two of them belong to the same pack, their paths cross even more. The problem is, David is barely twenty-two, and Zack still remembers how stupid he was at that age.
David knows he’s young, but he’s tired of hearing about it all the time. He’s not a kid, and he hates being treated like one, even—or especially—by the hot deputy sheriff. But as they get to know each other better and the sparks between them turn hotter, David’s willing to forgive and forget.

Can they move past the age difference and their own personal hang-ups? Or will they ultimately fall into a trap of miscommunication and hiding?