When you’re in the Harrington Pack, you’ll never be alone.
And if you don’t have a mate… you may just find them.

Harrington Hills is a small town seemingly glued to a large forest from two sides. It’s also a home for the Harrington Pack – an old, established pack that’s now ruled by two women in a long-term, committed relationship. Since the Alpha and the Beta are in a same-sex relationship, the pack is very welcoming to LGBTQA+ members.

From the Alpha’s Son, the heir of the pack, to the newest wolf in town – everyone has a chance to find their mate in Harrington Hills under a watchful eye of well-meaning community. 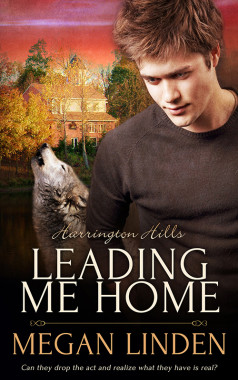 #1 BESTSELLER in the entire AllRomance store
MMGoodBookReviews: 5 HEARTS It is a definite perfect read
Diverse Reader: This was a love story (…) about two wolves learning to love each other. About allowing yourself to want things and accepting it when you get it. It’s a story of family, strength, and understanding.
Redz World: This is the kind of story that made me fall in love with romance novels to begin with. 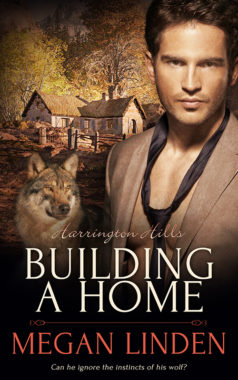 Zack Harrington noticed David Dewitt the day the guy showed up in Harrington Hills, but their first meeting was far from perfect. A few months later, Zack still can’t forget about him, and now that the two of them belong to the same pack, their paths cross even more. The problem is, David is barely twenty-two, and Zack still remembers how stupid he was at that age.

David knows he’s young, but he’s tired of hearing about it all the time. He’s not a kid, and he hates being treated like one, even—or especially—by the hot deputy sheriff. But as they get to know each other better and the sparks between them turn hotter, David’s willing to forgive and forget.

Can they move past the age difference and their own personal hang-ups? Or will they ultimately fall into a trap of miscommunication and hiding? 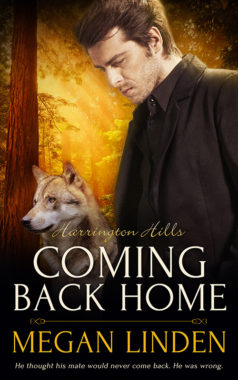 Jack Harrington told everyone who asked that he got over Connor long time ago. And while he still hasn’t managed to convince himself, he moves on with his life. He doesn’t have a choice. Connor is gone for good.

Connor Warden didn’t plan to ever come back to Harrington Hills, but with an infant in tow, that is exactly what he does. His daughter needs a pack and he is going to give it to her.

When Jack and Connor’s lives literally collide again, will they be able to go back to what have been and find their connection once more? Or is the divide between them too deep to ever fully get over? 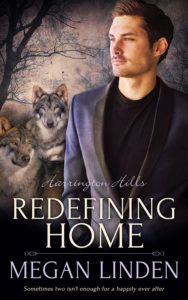 For years, Roy Cocker and Bill Soreno have been together, but they’d never become mates. Roy had never been able to fully commit to forever when a part of his heart belonged to a man he’d once left behind in San Francisco.

Now Adrian Marlow shows up in Harrington Hills unexpectedly, and their world gets thrown out of whack. Roy can’t go through losing Adrian the second time, Bill’s instincts are sending him mixed signals, and Adrian… Adrian doesn’t want to get his heart broken again.

But can he really leave Harrington Hills behind after only one day? Or is there a way for the three of them to right the old wrongs, heal each other’s wounds, and become something more? 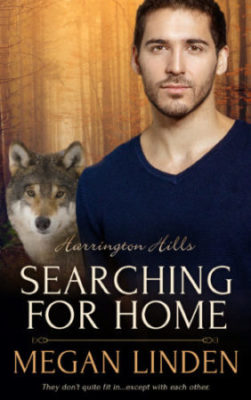 Patrick Donnelly was cast out from his pack after admitting to his father—his Alpha—that he is gay. Now he’s trying to start over in Harrington Hills, but he’s struggling, not only with the new power balance but also with his own demons.

Ollie Tomilson had gotten used to being the odd one out—a kid in the system, a lone human in the werewolf pack and a man who is always just temporarily visiting in a town where people put down deep roots.

While Patrick and Ollie seem different in many ways, what unites them is that neither fits into the Harrington Hills mold. But maybe—just maybe—they can find what they are searching for in each other. 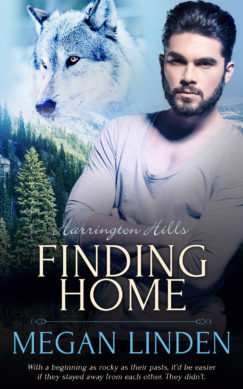 Leo Tomilson has come back to Harrington Hills after a fire that changed his life forever, and all he wants is to be left alone. No longer being a firefighter is hard enough, but there are days when he doesn’t even feel like a proper werewolf anymore, and that cuts deeper than anything else.

Charlie Dewitt is as reliable as they come in Harrington Hills. Ever since he put down roots in this town, he knew he wanted to stay here forever. His brother is here, his pack is here… He has everything he needs. Not everything he wants, perhaps, but that’s fine.

Their first meeting is a mess as they clash over a series of misunderstandings. But Charlie is a patient man, Leo sees in him what most people miss, and neither of them is good at taking the easy way out, so maybe there could be something between them, after all.

If you want to make sure you won’t miss any future releases,
sign up for my newsletter HERE.