In less than two weeks (!!! Where have the last month gone?!) the next book in D.C. Files series, True & False, comes out!

I can’t wait to share this story with you, but for now, have the cover and the blurb: 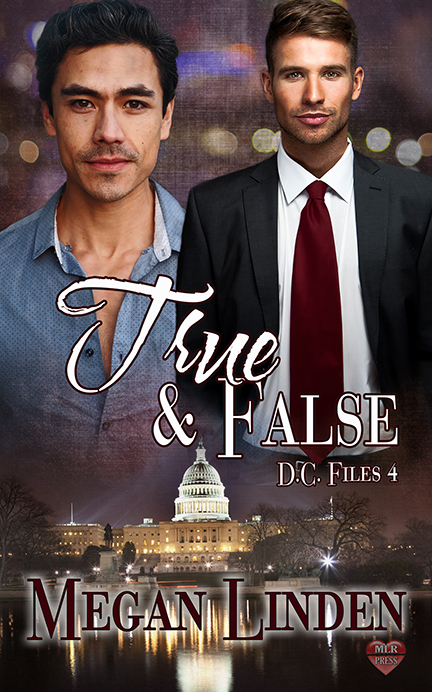 Openly gay US senator and the guy who has spent all his life in the closet—is the disaster imminent or can they come up on top?

Senator Pascal Tirado’s last relationship has ended years ago and he blames his busy schedule for the lack of dates ever since. His pull toward Jeremy is unmistakable, though, so when he discovers it’s mutual, Pascal wants to try to make it work. Whatever “it” is.

Jeremy Callan is so deep in the closet that even people closest to him have no idea he’s gay. It has suited him all his life—in and out of the Corps—and he’s set in his ways even when he begins a new chapter in D.C. But then he starts sleeping with Pascal, and things get…complicated.